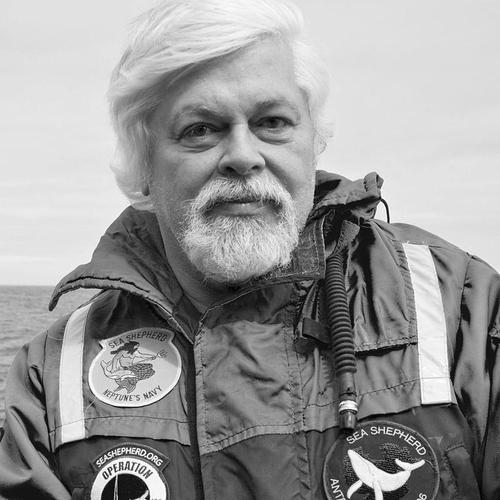 Talks covered by this speaker

Why the economy needs a healthy ecology - Hosted by Le Temps

Have you got yours yet?

Our All-Access Passes are a must if you want to get the most out of this event.

Captain Watson is a marine wildlife conservation and environmental activist from Toronto, Canada. He was one of the founding members and directors of Greenpeace.

In 1977, Captain Watson left Greenpeace and founded the Sea Shepherd Conservation Society. He has served as Master and Commander on seven different Sea Shepherd ships since 1978 and continues to lead Sea Shepherd campaigns for Sea Shepherd USA (SSCS).

Alongside his crew he has starred in seven seasons of Animal Planet’s television series Whale Wars. Captain Watson has received many awards and commendations over the years. In 1996, he was awarded an honorary citizenship to the French town of St. Jean Cap Ferrat.

Previous to that he was made an honorary citizen of the Florida Keys in 1989. Other awards include Toronto City TV’s Environmentalist of the Year Award for 1990, the Genesis Award in 1998, and he was inducted into the U.S. Animal Rights Hall of Fame in 2002.

He was also awarded the George H.W. Bush Daily Points of Light Award in 1999 for his volunteer efforts with conservation activism.

In 2000 Captain Watson was chosen by Time Magazine as one of the environmental heroes of the 20th Century.

Want to sponsor? Contact us to find out more.