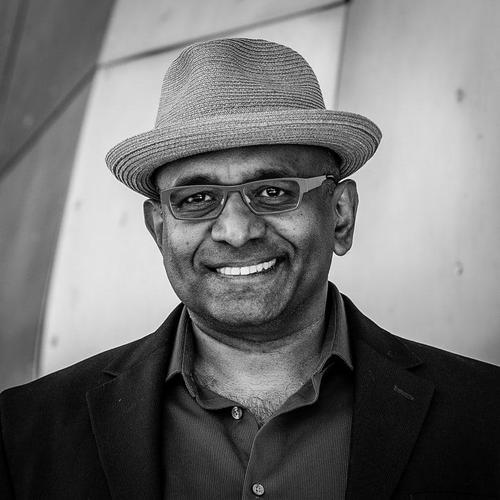 Categories covered by this talk

Surya Vanka is a transdisciplinary designer who has worked at the leading edge of physical and digital experiences. He is founder of Authentic Design, president emeritus of the Seattle Design Festival and was chair of Interaction Week. Surya was director of user experience at Microsoft, a tenured professor of design at the University of Illinois at Urbana-Champaign and a fellow at the prestigious Center for Advanced Study. Surya is creator of Design Swarms method, a lightweight design technique used in business, non-profit and education worldwide, and has been used at companies like Amazon, Amgen, Autodesk, Callison, Deutsche Bank, Lilly, T-Mobile, Microsoft, and REI.

Surya won the Microsoft Engineering Best Practice Awards twice, Ohio State University 50th Anniversary Distinguished Design Alumnus Award, Microsoft Achievement Award, Accessibility Achievement Award, World Brand Congress Leadership Award and several other industry recognitions. He is member of Word Design Organization, served on the jury of global design awards like Singapore Design Mark and on the boards of organizations like the Design Management Institute, Seattle Interactive and Design in Public. He frequently keynotes speeches at the most prestigious conferences and has won top speaker awards three times. His work has appeared in numerous publications and news programs, including TEDx, Form, I.D., Design Council, WIRED, Interactions, the BBC and National Public Radio. Surya is the author of two books on design, several publications, and has taught design on every continent but Antarctica.

Have you got yours yet?

Our All-Access Passes are a must if you want to get the most out of this event.

Want to sponsor? Contact us to find out more.